"Sake using liquor rice from Azumino sake export promotion business that worked on o theme to the world!" from 2016. On April 23, we held reporter presentation to show sales promotion PR article including logo of common brand completed in March of this year. 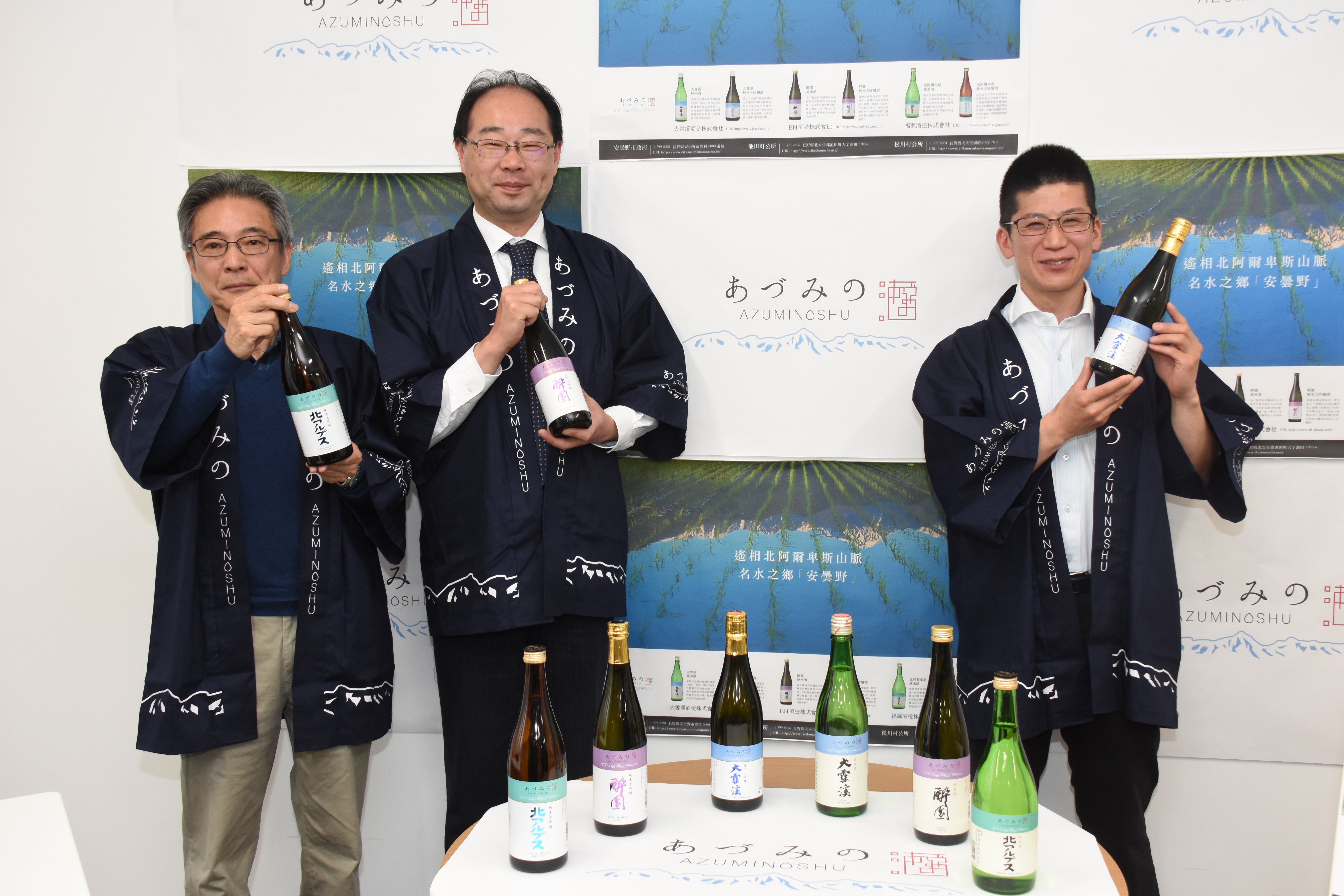 "azumino liquor" which 3 storehouses cooperated, and was created

It is three sake breweries in Azumino area, EH brewing of Azumino-shi, large snowy valley brewing of Ikeda-cho, fortune source brewing that work on this sake export promotion business. About the export of sake, we worked on each storehouse originally, but worked as ratio among the whole was low by that three storehouses cooperated and put on sale as common brand "azumino liquor", planned export expansion.

People of meeting for Azumino-shi, overseas market reclamation of Ikeda-cho, Matsukawa-mura to support 3 storehouses and that of 6 gather commencing with preparations in May, 2017 from 2016 and carry out joint meeting. Logo and label of brand common in March, sales promotion PR article are completed, and promotion business for export will start in earnest from now on. 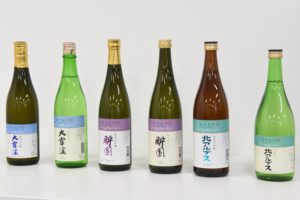 News release introduced seven sales promotion PR articles. With seven, "brochure" of size that case can enclose three kinds of "tapestries" which "poster" installs as apron of table which pushed image of famous clear water of Azumino face of azumino liquor and ringing "common brand label" on the front is beautiful "happi coat" of indigo dyeing and "with one case" "with three vanity case" "with three bag".

In these production, we took technique to let you made logo first and unfold to overall production thing. As for the logo, large panorama of the Northern Alps is described in base with white to suggest snow, and motif and "liquor" which does, and incorporated character of "a" "zu" "mi" "no" characterize with waterwheel. 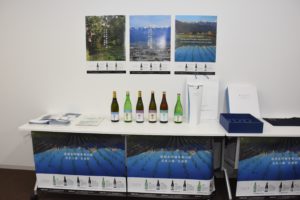 We make a rally with Azumino brand abroad

Because it was production center of high quality liquor rice and thought that as three municipality of Azumino area that shared rural scenery which spread cooperated, the foot of the Northern Alps could show brand called "Azumino" to the maximum as Managing Director Iida of EH brewing answered question from reporter, this business started.

It plans the export of sake promotion by "azumino liquor", and it is purpose of this business that aims at production expansion of "liquor U.S." which is the raw materials. Moreover, connect to "securing of local company of employment" and "increase of agriculturalist" and aim at "restraint of population decline" that there is for the purpose of local construction.